Earlier this month, airline passenger Kana Chi-Murenbeeld had just cleared the security checkpoint at New York's Albany International Airport when she looked down at her engagement ring and was horrified to see that a prong had broken off and her pear-shaped diamond was missing from the setting. 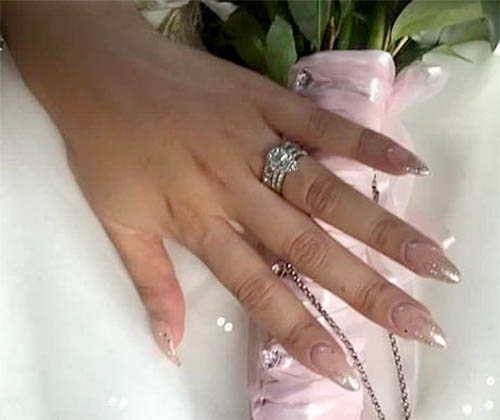 “I have never in my life been so panicked and upset in an airport, let alone anywhere else in public before,” wrote Kana Chi-Murenbeeld in note to TSA. Married only three years, the young woman had worn the diamond ring every day since her engagement in 2013.

Overcome with despair, the Fort Lauderdale resident sank into a seat at the back of the checkpoint area and cried.

Supervisory Transportation Security Officer Louetta “Rainy” Littman spotted the distraught passenger and assured her that her diamond was "not lost yet."

While a group of TSA officers continued to screen passengers, other officers were on their hands and knees looking for the diamond. They scoured the area from the ticket document checking station through the entire checkpoint lane, going through the stack of bins, peering under machines and using flashlights in the hope of seeing a reflection bouncing off the diamond. 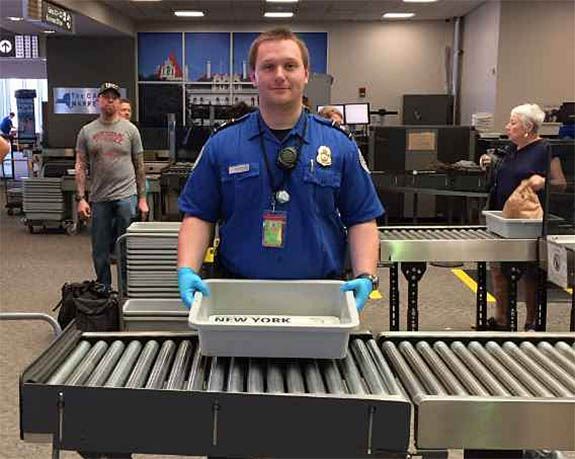 After about 10 minutes, Transportation Security Officer Steven Kaminski glanced at a bin with a tissue left inside of it.

“Nobody had looked in that bin yet, so I looked in and there it was,” he said. “I just wanted to help her out. I know I would have been disappointed if I had lost a valuable item like that and nobody had helped me.”

Chi-Murenbeeld was quick to thank the entire TSA crew, and especially the man who saved the day.

“She squeezed the air out of me with a huge hug,” Kaminsky said. She also hugged all of the other officers who were involved in the diamond hunt.

“The amazingly kind and caring supervisor on duty was on top of the situation right away, having her team of officers scour the area as well as calm me down with her optimistic attitude,” noted Chi-Murenbeeld. “I have traveled all around the world and can say in all honesty that I have never met such an amazing team of workers in the airline or security industry.”