With a nod to the Maquech Brooch — a live beetle jewelry accessory famous on Mexico's Yucatan Peninsula — students at MIT have invented tiny robot crawlers that can move across garments as “shape-changing and pattern-changing jewelry." 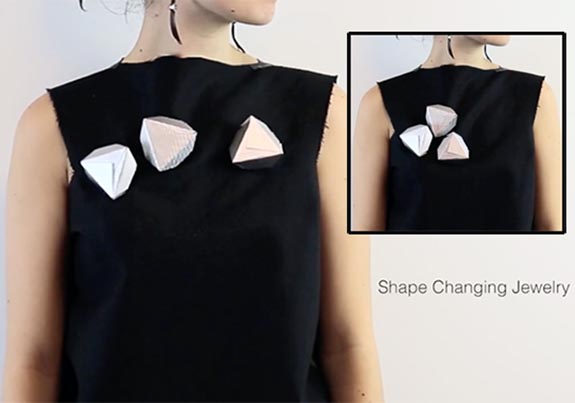 Developed by the MIT Media Lab, "Project Kino" employs palm-sized robots that affix to clothing using magnets. The robots ride on wheels and are cloaked with colorful shields that can serve aesthetic and practical functions. The phrase "kino" is shorthand for "kinetic wearables."

In one scenario, bots placed on the front of a dress can alter their positions in an odd bot ballet that give the garment an ever-changing look. In a second scenario, a bot fit with a microphone senses a phone call and quickly migrates to the top of the garment so the user can use it to chat with a caller. In a third scenario, the bots' temperature sensors trigger a response to pull down a hood's drawstrings. 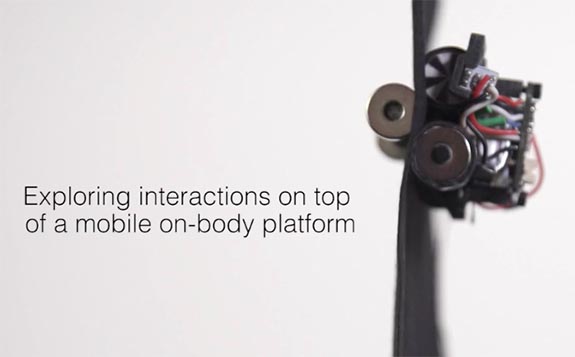 Currently, MIT engineers are working through some technical challenges, such as extending the bots' battery life, which now stands at about 45 minutes, and making them less clunky.

“We’re thinking of wearables as a personal assistant,” team member Cindy Hsin-Liu Kao told TechCrunch. “We think in the future, when they can have a brain of their own, they can learn your habits, learn your professional style, and when they get smaller, they can blend into the things you wear.” 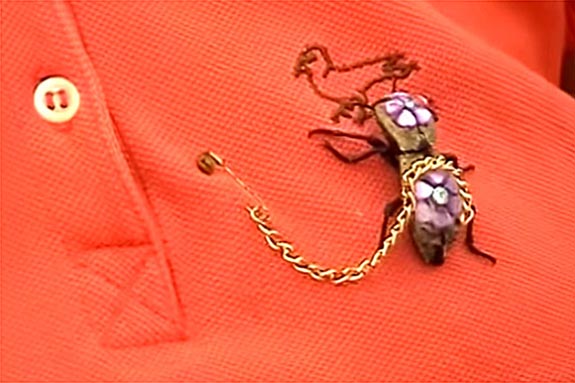 Back in the Yucatan, the wingless Maquech beetle has been a favorite of tourists for decades. The bejeweled bug crawls on the wearer’s shirt within range of its three-inch-long chain “leash” that’s attached with a decorative safety pin. 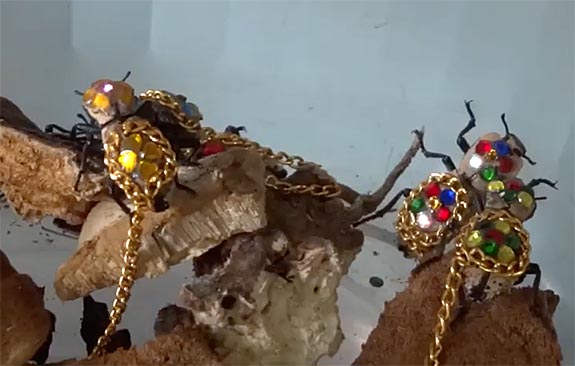 The bugs don’t seem to mind having baubles glued to their backs, and they generally live for up to three years on a diet of apples and wet, rotted wood.

The Maquech beetles have played a romantic role in Yucatan foklore. According to legend, a Mayan princess fell in love with a prince from a rival clan. This was not permitted, so when they were discovered, the lover was sentenced to death. Recognizing their plight, a shaman changed the man into a shining beetle that could be decorated and worn over the princess’s heart as a reminder of their eternal bond.

Tourist shops in the Yucatan have been selling Maquech jewelry since the 1980s. The glittery crawlers cost about $10, but tourists are prohibited from bringing them into the U.S.

The video below offers a quick overview of "Project Kino."